An Invitation to Dialogue

It’s an everyday adage that dates at least as far back as the 1730s, when Benjamin Franklin would occasionally reference the phrase in his “Poor Richard’s Almanac.” It’s an idiom that suggests wasted time means wasted dollars, squandered resources and missed opportunities. However, in the context of large technology projects for a modern corrections agency, it’s important to consider that time is more than just money – time is value as well. The time to value concept is the distance between the decision to embark on a key initiative and the point at which it begins to deliver value for the agency: the shorter the distance, the sooner the value can be realized. If the intent of the investment is to enable the agency to address critical business needs more quickly and effectively, that value can be enormous. Thus, if time is value, wasted time is a lost opportunity to deliver important value to the agency.

In working closely with corrections CIOs for most of this decade, seldom have I seen a hastily planned and executed technology procurement and implementation. It’s been quite the opposite actually. For a major undertaking, such as modernization of an offender management system (OMS), the planning process – before formal procurement even begins – can consume three or four years. Long before the project can commence, considerable effort is required from the CIO to build executive buy-in, establish the appropriate dialogue with business users to understand their needs, and effectively navigate the public budgeting process.

And that’s all prior to the process of market-vendor consultation, requirements documentation, issuance of the RFP, review of proposals and subsequent contracting with the selected vendor. In some agencies, those activities alone can easily add another one to two years to the modernization process.

Thus, it is not uncommon for some four to five years to pass before a major project can move forward. Once contracted, there begins another process, this one focused on the implementation the new solution. In agencies across North America, Europe and Australia, the period between project initiation and go-live on the new solution – the time to value – can often add another three or four years to the modernization effort. In other words, before the agency can begin to realize important benefits from its investment in a strategic information asset, it is possible that nearly 10 years will have been consumed:

In that span of time, elected administrations can come and go two or three times over.

The conundrum for the corrections CIO is the same around the world. Changing business realities, including the drive for improved offender outcomes and greater operational efficiency, make investment in the new OMS a strategic imperative. As part of a large public agency, with operational budgets in the hundreds of millions, or even billions of dollars, the advance planning, consultation and vendor selection process is critical to success, and should not be rushed. Yet the pressure to move away from an inflexible, expensive-to-maintain legacy system is immense. Once a solution has been selected, should the CIO be expected to wait another three or four years to deliver new information value to the agency?

Would you, as the CIO, want to deliver this update to the chief executive?

“ Yes, we understand the conflict between evolving business needs, information demands and our outdated systems. Yes, we are confident that we have found the right solution to put our agency in position to achieve our operational objectives without compromising safety or security. We’re all aligned – the agency, the CIO’s office and the vendor. Just give me another three or four years to get it implemented, and then we can start to deliver value.”

A generation ago, information systems for corrections agencies were largely custom-built, mainframe-driven environments that emphasized the efficient capture of data, and subsequent retrieval for the corrections officer. The systems were designed to match existing agency processes, an approach that took considerable time to build. But the years spent designing, testing and modifying the custom system were deemed acceptable because in the eyes of the agency, “we were getting our system, tailored for our processes.” Given that the legacy approach of the day was paper-based systems, time was less valuable. 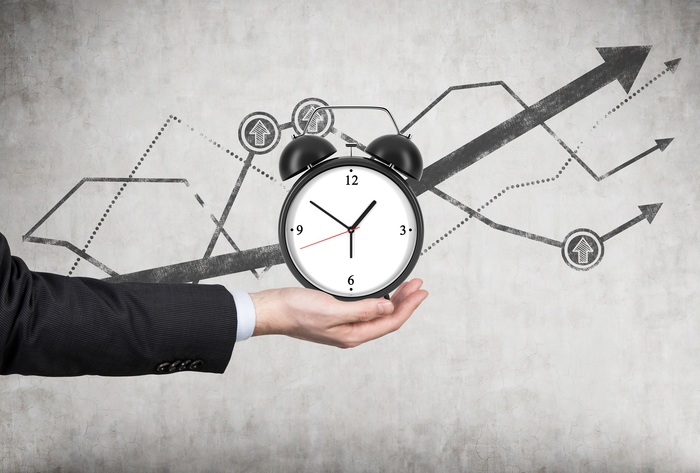 Today, however, the custom OMS approach has proven to be exceptionally costly to build, and more difficult and expensive to maintain and evolve. Not surprisingly, agencies globally have been pushing for a standards-based, commercial-off-the-shelf (COTS) approach to meeting complex OMS requirements. As with other enterprise-class applications, the emergence of focused vendors with deep domain expertise and the ability to cost-effectively build broadly functional software have made this desire for COTS-based solutions possible, and in the process, completely changed the way an agency’s mission-critical information needs are addressed.

With a standards-based COTS solution for OMS, the agency can expect a high-degree of fit with their defined requirements, often in excess of 90%. The emphasis on configurability and modularity presents the agency with a purpose-built, domain-rich application that inherently understands the interaction between diverse business processes and the data elements that flow throughout them. It’s an approach that removes the risk and expense of custom builds and provides the agency with an opportunity to significantly shorten its time to value calculation. Unfortunately, too few agencies focus on this opportunity in their planning and procurement processes.

With custom approaches, there is – by design – considerable time spent in detailed consultation and analysis with the agency to determine what needs to be built. It’s an approach that must consider all end-user functional requirements, as well as non-functional infrastructure requirements. Without those long periods of analysis, prototyping, testing and modification, during which the provider is learning about the unique needs of the agency, the custom-built solution will fail to deliver value. If timelines are shortened, the risk of failure increases significantly.

However, with a COTS-based approach, one that embraces defined standards for corrections, all that time dedicated to analysis and learning, prototyping and modification is undertaken by the vendor long before the procurement process has begun. It’s why agency-based solution evaluators can and do demand that vendors be able to demonstrate comprehensive, functional software as part of the pre-procurement and vendor selection processes. In order for the vendor to be invited to the table, the customer now demands that the vendor know the business issues the agency faces, the processes that drive a complex corrections operation, and the myriad ways in which the data captured by the system will be used to drive improved performance and reduce risk.

With all that invested knowledge, it stands to reason that the process of implementation can be shortened significantly, and with very little risk. After all, the complete application exists, the process of configuration versus customization is dramatically more efficient, and the vendor has pre-defined the implementation approach to put the new system in place. The workload is still considerable, but what largely remains are well-defined, repeatable processes that mainly require the collaborative efforts of the agency-vendor project team.

With an emphasis on repeatable processes, it’s possible to much more accurately project the time required for each project phase and deliverable, as they have been executed many times before. Accounting for variability within the needs of different agencies, it is now possible to determine, with a fair degree of precision, how much time will be required for each step in the implementation process, and when each subsequent step should begin and end. If agency and vendor project teams are well-constructed, and governance processes are well-established and followed, it is possible to reduce implementation times from dramatically – from three to four years to two years or less. In other words, it is possible to shorten the time to value expectation by as much as 50%. For an application that will cost an agency several million dollars to acquire and implement, that ability to deliver agency value so much faster is significant, and should be captured. For it is not the application itself that provides value, rather the outputs from it that derive benefit for the agency’s objectives.

For the corrections agency CIO, there are two critical considerations which much be added to the planning and procurement process:

1. Does the vendor have a proven, COTS-based approach to the required solution, with emphasis on configuration and modularity?
2. Does the vendor understand the delivery process for its application such that documented, repeatable implementation processes can shorten the time between project initiation and solution go-live?

If the CIO determines that the preferred vendor can address these two questions effectively, then he is in a much stronger position to deliver essential benefits to the agency on a much more attractive timeline. Without rushing the advance planning and procurement processes, there may be opportunities for the CIO to drive internal improvement on those essential up-front steps. Combining such efforts with a solution delivery timeline of less than two years means it is possible – without increasing project risk – to significantly improve the time to value result for a major technology initiative. More accurate, more timely information is what every agency needs to address its most pressing business challenges and objectives. The ability to derive those benefits sooner rather than later is what leads to improved offender outcomes and stronger operational performance. 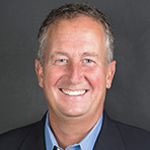 In his role as senior advisor to Abilis, Ken provides strategic advice to the executive team by leveraging his extensive correctional industry knowledge gained over more than 10 years. As vice president for marketing and sales for Abilis for nearly five years, Ken was instrumental in the company’s success in securing new corrections agency contracts. As an active member of the Corrections Technology Association (CTA) and the International Corrections and Prisons Association (ICPA), he regularly engages with corrections business and technology leaders on their approaches to address long-term agency challenges.